What a month for transit! On October 2, we welcomed three new light rail stations with the opening of Northgate’s Link extension — and this is only the beginning! In the next three years, Sound Transit will be opening 25 more light rail stations in cities across the region, including Bellevue, Redmond, Shoreline, Lynnwood, Kent, and Federal Way, expanding the 22-mile Link light rail line to a 62-mile regional system. The future of transit is here and it’s bright.

This month’s featured transit photo comes courtesy of Jonathan Ho. We couldn’t resist the fall foliage reds and oranges paired with the Community Transit blue and gold displays (plus, we’re celebrating CT’s service changes to connect to Northgate station!). The title of this photo reveals that something’s odd about this pic. Do any of our readers know what’s “not quite right?”

If you’d like to submit your transit pics to be featured in an upcoming newsletter, send your images (JPEG works best) to Autumn, TCC’s Communications Manager, at autumn@transportationchoices.org. Be sure to include the title of your photo, your name, and where it was taken for full photo credit in the caption. What an incredible, uplifting month in transit! Thanks to all of you, TCC’s Tuxes & Trains gala was a marvelous success. Together, we celebrated some pretty significant connections: three new Sound Transit Link stations that bring riders all the way from Angle Lake to Northgate and all the vibrant places in between; the new John Lewis Memorial Bridge that reconnects communities divided by I-5; and a connection that inspires all of us at TCC — your commitment to better transportation choices for everyone in our state. Watch our celebration video here.

This is how we connect people to each other, the places they love, and to opportunities in a way that’s healthy for communities and the planet.

Thanks to our generous supporters and people like you who care about creating vibrant, healthy communities connected by great transit, we have nearly reached our $200k goal! Can you help us cross the finish line? Support TCC today to sustain a bright transit tomorrow for all Washingtonians.

Did You Miss Our Special Light Rail Transit Talk? Watch it Now In honor of Northgate’s opening on October 2, TCC hosted a special Transit Talk on the history of light rail in the Puget Sound Region. TCC was joined by Greg Nickels, a founding member of the Sound Transit Board, Councilmember Kent Keel, current Sound Transit Board Chair, and Patience Malaba, TCC Board Member for an engaging conversation about the past, present, and future of light rail. You can watch it here! You’ve seen the FUND PUBLIC TRANSIT t-shirts, hoodies, mugs, and totes — now strut your love for transit in your very own, custom-made, limited edition, Sound Transit “Tracks Suit.” These special track suits are made to order, and we’ll be closing orders on October 31st!

Orders will be produced and shipped within two weeks of closing, so your new fave fall essential should be commute ready by mid-November!

The Legacy of Racism in Transit (TransitCenter — September 28)
“To eliminate racial disparities in transit, we have to understand the influences of white flight, segregation, and discrimination on the formation of modern American transit systems.”

It’s Time for California to Decriminalize Jaywalking  (CITYLAB — September 22)
“Many experts are skeptical that jaywalking enforcement is effective for pedestrian safety, and for good reason: As investigations in Florida and Illinois have shown, these laws are unequally enforced, with young Black men being the target.”

Study: How We Talk About Racism in Transportation — And Why it Matters (STREETSBLOG USA — September 15)
“We need space to question our language, to disrupt these systems, and most importantly, to uproot what makes us unable to work toward justice.”

What It Looks Like to Reconnect Black Communities Torn Apart by Highways (CITYLAB – July 28
“Take any major American city and you’re likely to find a historically Black neighborhood demolished, gashed in two, or cut off from the rest of the city by a highway. This legacy of racist federal transportation policies continues to define the landscapes of urban spaces.”

King County moves toward repealing bicycle helmet law (Crosscut — September 17)
“Board members began their reconsideration of the law amid new scrutiny of how it was being enforced. Last year, a Crosscut analysis showed that nearly half — and likely more — of tickets written under the law were given to people struggling with homelessness.”

The Bus Should Be Free (Next City — September 29)
“Unlike other public services such as libraries and schools, we expect the bus to pay for itself, largely on the backs of the working poor who take it.”

Black people are about to be swept aside for a South Carolina freeway — again (The Washington Post — September 8)
“The dismantling of Black communities for state and federal highways is not just a thing of the past. It’s happening now a few miles north of Charleston with the proposed West I-526 Lowcountry Corridor, at a time when President Biden and his transportation secretary have vowed to stop it.”

One hour between Seattle and Portland? It’s possible (The Seattle Times — September 23)
“We need to take bold action to prepare for a sustainable future that allows us to travel freely, bypass gridlock and truly link our region. That’s why we’re urging more federal recognition and support for the Cascadia Ultra-High-Speed Ground Transportation (UHSGT) project.”

Faster trips, more service in store for Community Transit (Everett Herald – September 13)
“The agency is reallocating 4,000 service hours that will be saved by ending commuter routes at Northgate.”

Plans for new streetcar in central downtown resurrected in Seattle’s 2022 budget proposal (KING 5 – October 7)
“The current budget proposal is calling on more than $2 million to go toward a project review to update the city’s plan for C3 and any costs associated with it.”

Transport’s Make-or-Break Decade (Project Syndicate — October 6)
“It is no secret that combating climate change requires large and timely investments to cut green technology costs, increase efficiencies, support first-movers, and create new zero-emissions markets. Yet, in the European Union, such investment is often hard to come by, especially in the transport sector.”

Berlin’s car ban campaign: ‘It’s about how we want to live, breathe and play’ (The Guardian — October 6)
“A citizens’ initiative calling for a ban on private car use in central Berlin would create the largest car-free urban area in the world.”

TransLink And SCRAP-IT Offer Free Transit In Exchange For Fossil Fuel Cars (TransLink — October 4)
“TransLink is partnering with SCRAP-IT to offer a Compass Card rebate when residents scrap their old fossil fuel cars. In exchange, customers can choose either an eight-month adult 1-Zone or 14-month Concession Compass Card valued at $802.”

How Can Transit Deliver Urban Equity and Sustainability?  (Government Technology — September 2021)
“The pandemic has surfaced big-picture conversations around the future of transit and its larger role in urban life as a mechanism for delivering greater equity, economic vitality and sustainability, given transit’s role as a stopgap against the worst effects of climate change.”

Everett Transit Getting $12 Million In New Federal Funds (MyEverettNews.com – September 24)
“The Puget Sound Regional Council’s Executive Board has approved distribution of $901 million in federal funding to the region’s transit agencies to help alleviate impacts from the pandemic.”

America’s car crash epidemic (Vox — September 19)
“Driving is the most dangerous thing most Americans do every day. Virtually every American knows someone who’s been injured in a car crash, and each year cars kill about as many people as guns and severely injure millions.”

King County Metro vision, policy updates focus on equity and sustainability (Mass Transit Magazine – September 16)
“The result will be ensuring transit investments go where they are needed most.”

Here’s what light rail means to these North Seattle commuters (KUOW – September 30)
“For the first time, North and South Seattle will really be connected by light rail, a dream that’s at least 25 years old. We asked people what this moment means for them.” Demand Congress Include $10 Billion In Transit Funding In The $3.5 Trillion Build Back Better Act
Join the National Campaign for Transit Justice as we work alongside our allies in organized labor and environmental organizations to demand Congress include the $10 billion in transit funding in the Build Back Better Act that was stripped at the last minute from the bipartisan infrastructure bill. Sign the petition today!

Week Without Driving: October 22-29, 2021 (Disability Rights Washington — July 26)
At Disability Rights Washington, access to transportation is consistently listed as one of the top concerns for our constituents, and we know that more than a quarter of the people in our state don’t have a driver’s license. Transportation policy and funding decisions have been written by and for drivers, creating major barriers for those of us who cannot drive or cannot afford to drive. We want to challenge our elected leaders and transportation and transit agency staff to join us for our Week Without Driving. Sign up here.

Fall 2021 Bicycle Friendly Community Survey
The City of Everett is applying to be recognized by the League of American Bicyclists as “Bike-Friendly Community.” In making its decision on how to rank the city, the League requests the community’s thoughts.

PSRC Future Transportation Survey
PSRC is developing the next Regional Transportation Plan, which will describe how the region will meet transportation needs into the future, addressing existing needs and future growth. The plan is updated every four years per federal law and will respond to the priorities and growth strategy identified in VISION 2050. Your answers to this survey will help PSRC plan for all aspects of the transportation system – pedestrian and bicycle systems, transit, ferry, rail, and roads– to ensure the safe and efficient movement of people and goods. 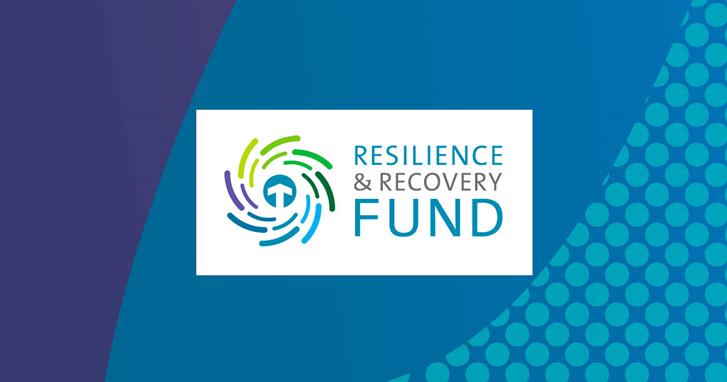 Transit and inclusive transportation options will be an integral part of Washington’s recovery as well as an important piece of our continued effort to correct racial and economic injustice. In the months and years ahead, our efforts to fund transit in Washington will be more necessary than ever.

Join us in donating to the Fund today. “Happily ever after” is a concept best dreamt on a train, if you ask me. That’s why I loved getting lost in the sweet promise offered in Modern Love’s “Strangers on a Train” episode. Sweeping landscape views, serenades from fellow riders, and longing stares from a stranger set the scene in this very modern love story. I was rooting for Michael and Paula against the gut-wrenching feeling of knowing their romance fell in the early days of the COVID-19 pandemic, when we thought lockdown might just last for a couple of weeks. Their plan to meet up at the train station two weeks later never came to fruition as the world descended into isolation. Happily ever after seemed a lost and naïve concept. Still, the nostalgic, romantic feeling of meeting strangers on a train and forming a sense of community, however brief, is a beautiful one. Ultimately, we may not know if they found their happily ever after, but we are left hoping in a time when hope seems an impossible concept to grasp, all thanks to two strangers and a train. Go for the train, stay for the amazing, animated pixel art by PNW artist, my_art_bytes. This sweet tribute to Northgate is also available here as at print!

Sign up for our newsletter and stay up to date on the latest transit, walking, and biking news in Washington State.