How race shaped America’s roadways and cities. Race has played a central role in how cities across America developed – and in how they continue to grow. (NPR)

Urbanism hasn’t worked for everyone. “Who are we city-making for? These ‘experts’? Or is it the other human beings who call that place home?” (Curbed)

A call to courage. An open letter to Canadian Urbanists. (Jay Pitter)

Can tactical urbanism be a tool for equity? “We’re trying to ask ourselves: in process of ideation, how can we work with people to create a level of authorship and co-production, so it’s not just us imposing this project on them?” (Streetsblog)

Reflecting on ADA 30 while reckoning with COVID-19 and racism. Racism denies civil rights protections put into place decades ago. (Rooted in Rights)

Why do armed police enforce traffic laws? The most common form of transportation policing can be found within traffic enforcement. (Seattle Bike Blog)

Listen: Policing and transit in New York. Additional police presence would lead to more discriminatory enforcement within the system. (TransitCenter)

Opinion: Urbanism is complicit in infra-structural racism. Reparations have a place in the built environment. (Streetsblog)

It’s no surprise that this year TCC is taking our annual fundraising dinner virtual! Join us Friday, October 2nd at 6:00 PM PST for the Transit for All, Answer the Call! It will be a creative, fun virtual gathering together to raise funds and most importantly bring the transportation community together when we need it the most!

Tickets are on sale now!

Do you know a transportation champion in your community who is committed to making transportation choices accessible to all? Is there a transit agency, organization, or program you know that has influenced transportation in Washington State or connected you to more opportunities?

Take a moment to nominate the people, projects, and agencies that inspire you to walk, bike, and take transit! We will announce Transportation Hall of Fame inductees at our Transit For All: Answer the Call event!

SDOT seeks cheap ways to protect neighborhoods from traffic detoured by West Seattle Bridge closure. City staff and advocacy groups wonder how to make the overflow less miserable, not only for drivers from the peninsula who detour 6 miles heading downtown, but for people in South Park, Georgetown, Roxhill and Highland Park. (Seattle Times)

Group to push new passenger rail from Spokane even as study finds significant obstacles. You head downtown in the morning, hop on a train, pass through Pasco, Toppenish, Yakima, Cle Elum and Auburn, and arrive in Seattle by the early afternoon. (Spokesman Review)

WSDOT to give lanes back to people on state roads. The prevalence of state-owned roads in city centers has long been a stumbling block to network-wide transportation changes — and COVID-19 has been no exception. (Streetsblog) 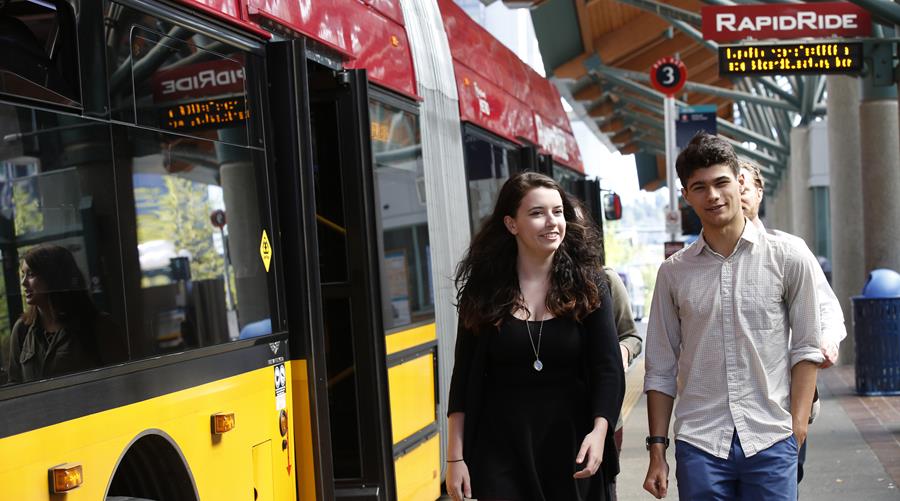 Event: Debunking the density myth. When New York emerged as the site of the initial COVID-19 outbreak in the US, pundits and politicians quickly pointed to the city’s density – tall apartment buildings and packed subway cars – as the primary source of the spread. Yet there is little evidence to support this connection (TransitCenter)

Webinar: Walking towards justice in Indian Country: Missing and murdered Indigenous women and girls. Webinar participants will learn how the dark history of colonialization, complex jurisdictional issues, and racialized indifference have created the circumstances in which these crimes are regularly perpetrated and rarely prosecuted. (AmericaWalks) 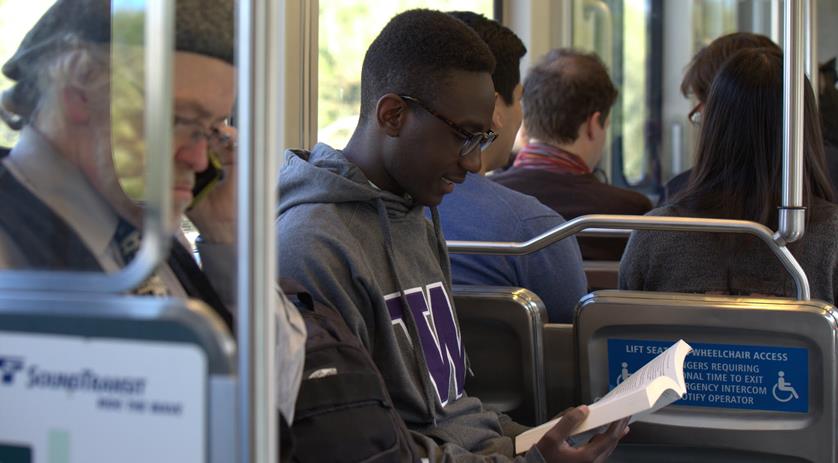 Is the subway risky? It may be safer than you think. New studies in Europe and Asia suggest that riding public transportation is not a major source of transmission for the coronavirus. (New York Times)

How to stay safer on mass transit. Timing your trip strategically, using contactless payments and not eating onboard are some of the things to keep in mind. (New York Times)

COVID-19 has been ‘apocalyptic’ for public transit. Will Congress offer more help? Public transit is the backbone of the local economy, and serves a wide swath of residents across socio-economic groups. If cities are to recover post-COVID, a thriving public transit system will surely have to be part of the mix. (TIME Magazine)

Berkeley moves toward removing police from traffic stops. Berkeley is moving ahead with a proposal to replace police with unarmed civilians to conduct traffic stops. (ABC)

The role of transportation in improving America’s health. Transportation access is one of the fundamental objectives of the public sector as a means to provide access to jobs, services, recreation, and all other elements of the movement of people and goods. It is also one of the most important ways government can enable residents to live healthy, productive lives. (Eno)

COVID-19 gave the planet a break. Now’s the time to keep up the momentum. The coronavirus pandemic helped reset the planet, giving the environment a chance to recover from the wear and tear of human activity. But that can soon change. (CNET)

What did cities sound like during the lockdown? During the COVID-19 pandemic, human activity slowed in cities around the world. (MIT)

I’ve seen a future without cars, and it’s amazing. Why do American cities waste so much space on cars? (New York Times)

‘We heard birds.’ Paris Mayor Anne Hidalgo on how lockdown offered a glimpse at a greener city. “We are getting there,” Mayor Hidalgo said, “but we have long way to go.” (TIME Magazine)

There is little evidence that mass transit poses a risk of coronavirus outbreaks. A major drop in public transit use coincides with concerns about reducing air pollution that can exacerbate lung conditions. (Scientific American) 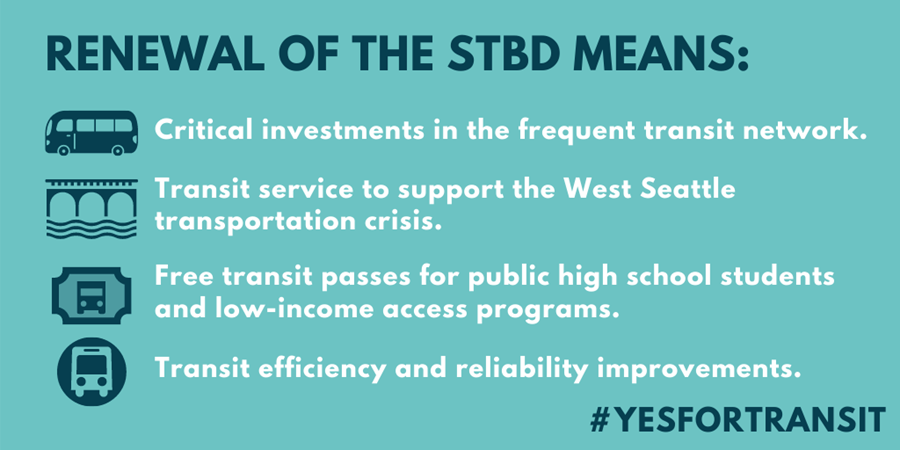 The Seattle Transportation Benefit District is up for renewal! This is the measure that increased bus service across Seattle, creating a transit network where 70% of Seattle households are just a 10-minute walk to 10-minute service.

Now with the passage of I-976, and the COVID-19 pandemic, we need to support transit service and keep this connection to critical destinations. Transit is a lifeline.

In July, TCC and partners worked hard to shape the policy that will head to Seattle ballots in November. The proposal that passed out of City Council last week will:

Stay up to date to learn how you can support the campaign by following our work on our website and twitter! Email us to get involved. #YesforTransit!

13 Virtual Train Rides From Around the World. I come from a long time of train lovers, and I’ve got a long list of train trips I hope to make someday. Like many of you, I am missing travel something fierce. I’ve been even more into travel shows than usual, and love to feed my wanderlust with these virtual train rides from around the world. Virtual can’t compete with the real thing, but these videos are still a nice chance to kick back and enjoy the idea of a journey! 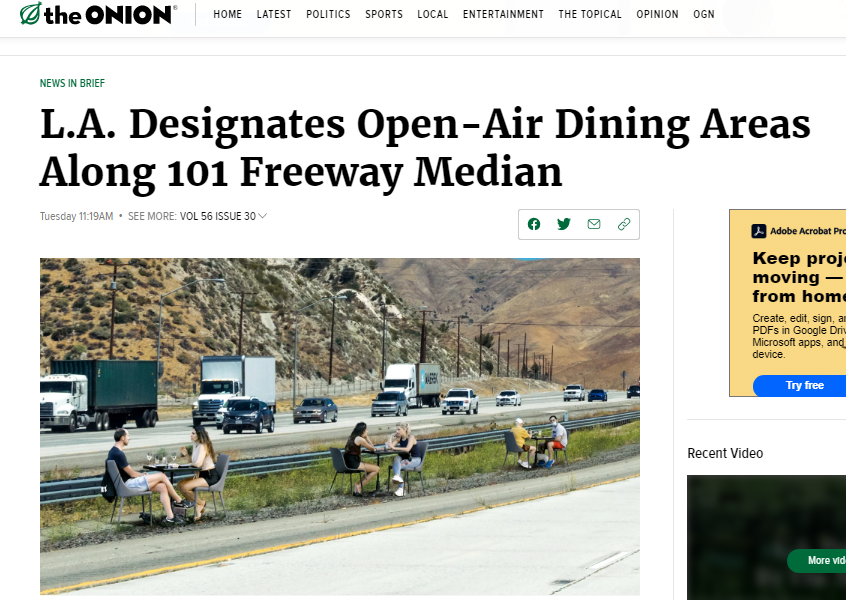 If we missed anyone our apologies and thank you for your support. Want a little extra TCC love? Support Transportation Choices Coalition and become a donor today!